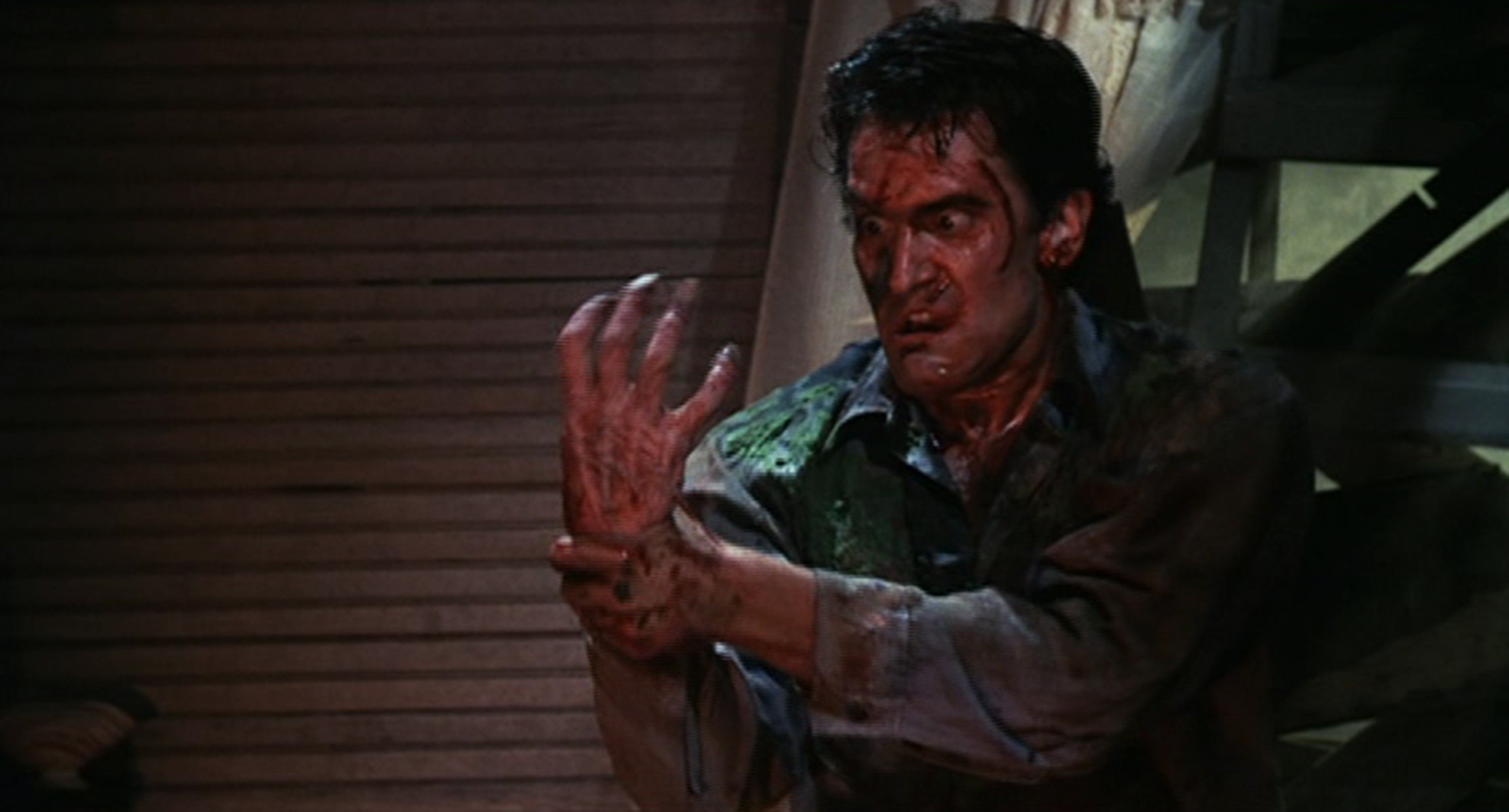 I love a good horror film and October is a great season for watching a spooky flick. I tried not to overthink this list and went with my gut, letting my intuition drive my rankings. Like most things, this list is super subjective because what frightens and works for some people is not going to work for others. It could make a fun marathon one year to revisit all of these favorites. 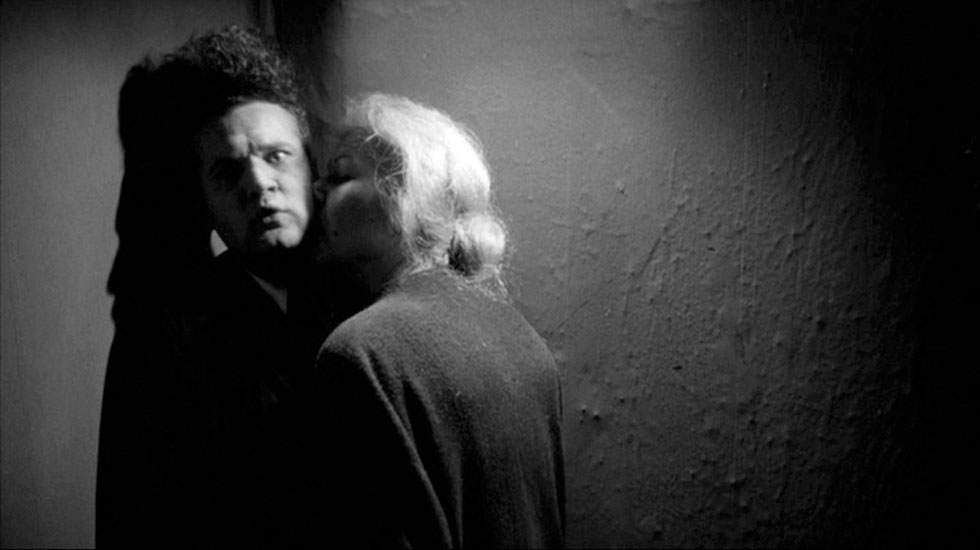 Male anxiety rolled up into a fever dream of some of the most unsettling and surreal images in all of cinema. David Lynch is a strange man with a strange mind and while he’s made weirder and more outlandish films, this one is the one that gets me on every level. The ideas hit hard, the visuals are striking and the narrative is unnerving. It’s a film that will worm itself into the recesses of your brain if you let it like a bad dream you can’t quite remember.

Simple, one location horror films are a dime a dozen but they tend to be tedious or gimmicky. Here, setting the film inside a radio station as a man tries to unravel and understand what is going on outside makes for something legitimately fascinating and interesting because it’s hard to sum up the complexities of what is at work in a simple pitch line like most one location films. It’s more than a man buried alive or a guy handcuffed in a room with a saw. It’s irreducible in the way the best films are. 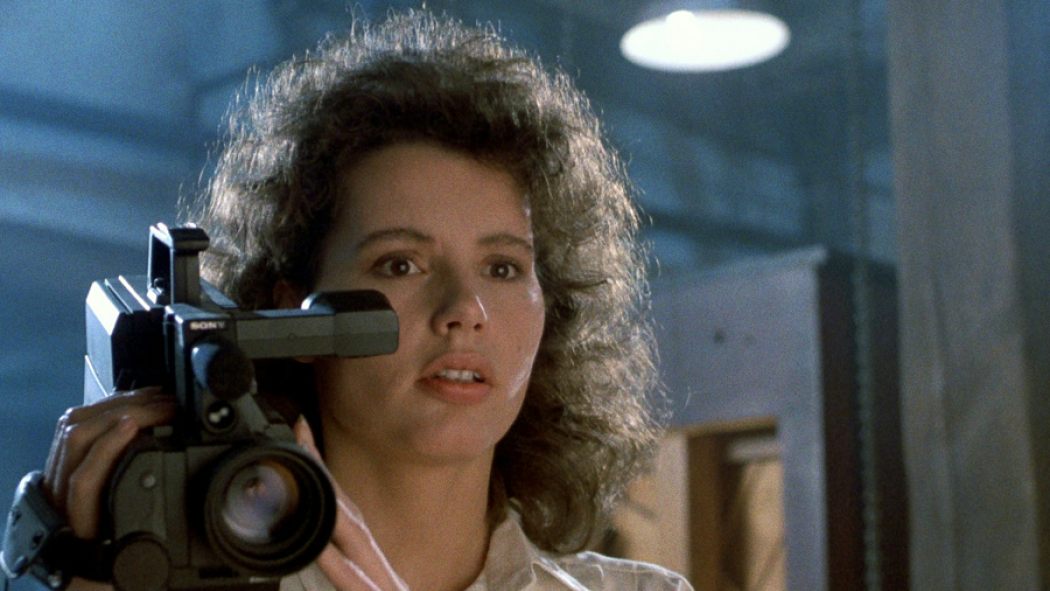 Maybe I should be putting Videodrome here as my body horror film, but Cronenberg’s The Fly hits a lot of the similar gross horror with a more soulful story that is quite tragic and engaging. I usually pick the more thoughtful film but watching Jeff Goldblum slowly descend into something truly horrific is one of the most intriguing metamorphoses in all of cinema. 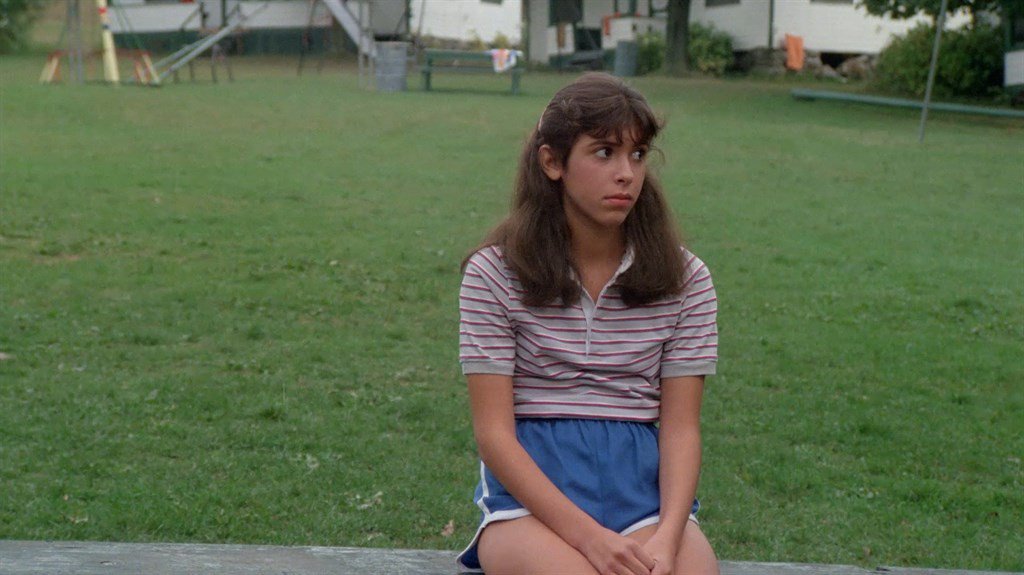 It had to be on here. This film is an absolute beast of a slasher film. If you’ve seen it, you know why. You’d be forgiven looking at it for thinking of the film as being another Friday the 13th knockoff as its about a bunch of kids getting murdered at a summer camp, but once you realize the subversive layers going on and the film gives the final reveal, you realize what a groundbreaking and revelatory piece of cinema this is. It’s nuts. Watch it. 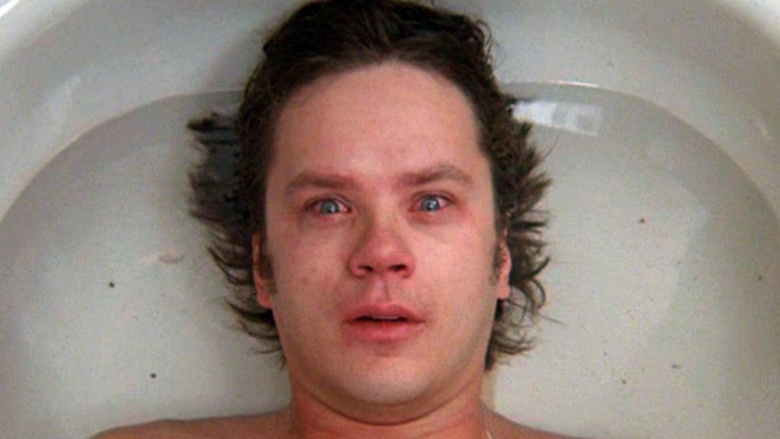 I’m hoping we are to the point now where Jacob’s Ladder is getting the recognition it deserves. I certainly am reading more people talk about it than when I saw it first about a decade ago. One of the most underrated movies of the ‘90s in general, it’s a film as much about the horrors of war, losing a child, and a lot more, it’s one of the most sophisticated and soulful horror films ever made in what I think is Tim Robbins’s career-best performance. 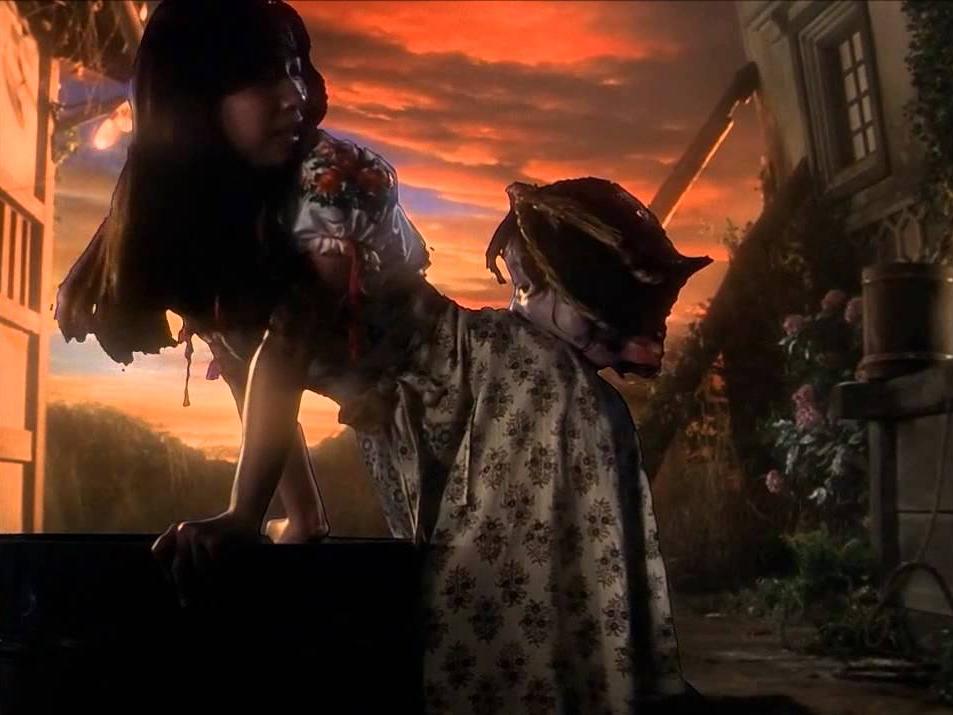 A group of Japanese girls falls victim to a haunted house. That’s it. That’s the movie. But it’s the craft of every scene, the bonkers special effects, and the overall bright and campy aesthetic that makes House such a delightful film to watch. It’s more silly than it is serious and yet sometimes that’s exactly what you need, a silly haunted house that makes you scream with laughter instead of terror. 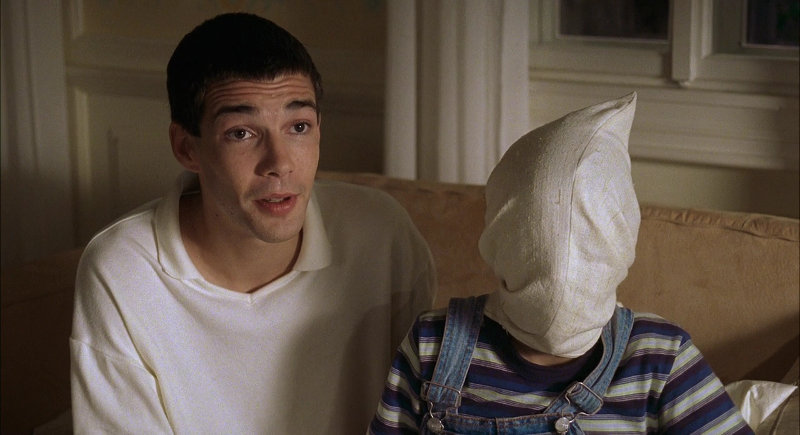 This is probably the most divisive pick on my list because this film is aggressive unpleasant and rubs the torture of the family in your face in some of the boldest fourth-wall-breaking scenes in all of cinema. It confronts the audience with their desire to be frightened but doubles down on being abrasive to show you how absurdly unhealthy our obsession with onscreen violence is.

The only horror film on this list I will never watch again. It’s amazing how this story of a group of women spelunking evolves into a show burn masterpiece but the sheer claustrophobia of the early scenes gave me my first ever panic attack which means I’ve no desire to watch this fantastic film again. 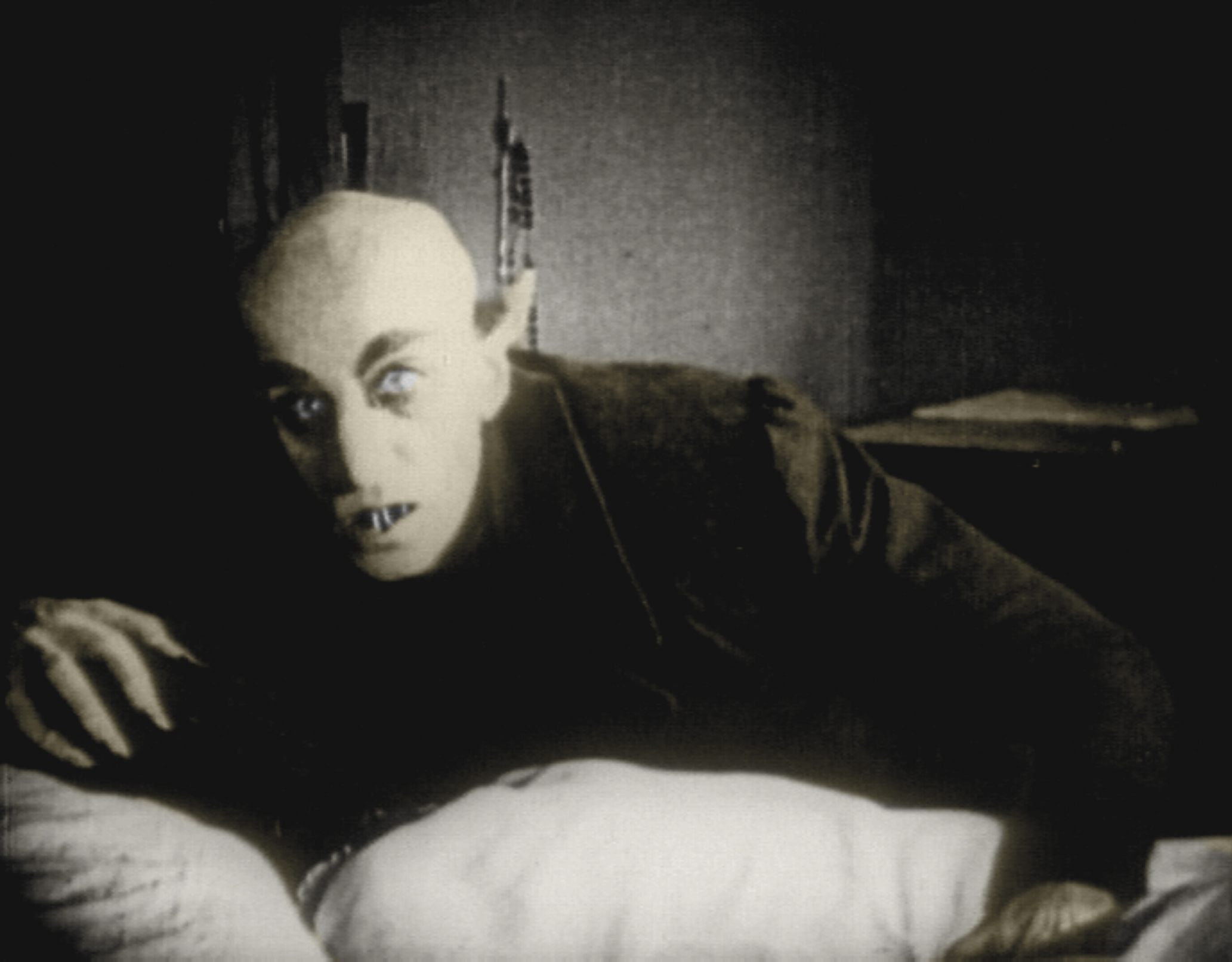 Even in the early days of cinema, we were trying to figure out how to scare people and this was done by basically ripping off Dracula and crafting one of the most visually striking films of the silent era. Max Schreck’s performance as the titular character is so bone-chilling it later became the premise of another horror find that he wasn’t acting at all but a real vampire (Shadow of the Vampire).

One of the boldest pieces of filmmaking of the 21st century so far, Get Out places the audience in the shoes of a Black man and shows the monstrosity of something far more disturbing and real than any boogeyman: whiteness. For Black Americans, it’s a society where white is considered the norm that becomes the greatest horror imaginable.

Let’s just get this out of the way: The Thing contains the best practical effects in a horror film. The titular monster’s evolution results in some of the most unsettling and unforgettable designs in all of horror. And that core idea that any one person could be The Thing leaves each moment dropping with tension. It’s Carpenter at his most refined and controlled, resulting in his masterpiece.

Kids are creepy. There’s no way around it. I love the joy and enthusiasm of children but my goodness if they don’t sometimes do the most unnerving things. The Innocents taps into that fear as Deborah Kerr plays a nanny tormented by two children who claim to be possessed by spirits who live in the house. It holds up as frightening as any horror film made today. 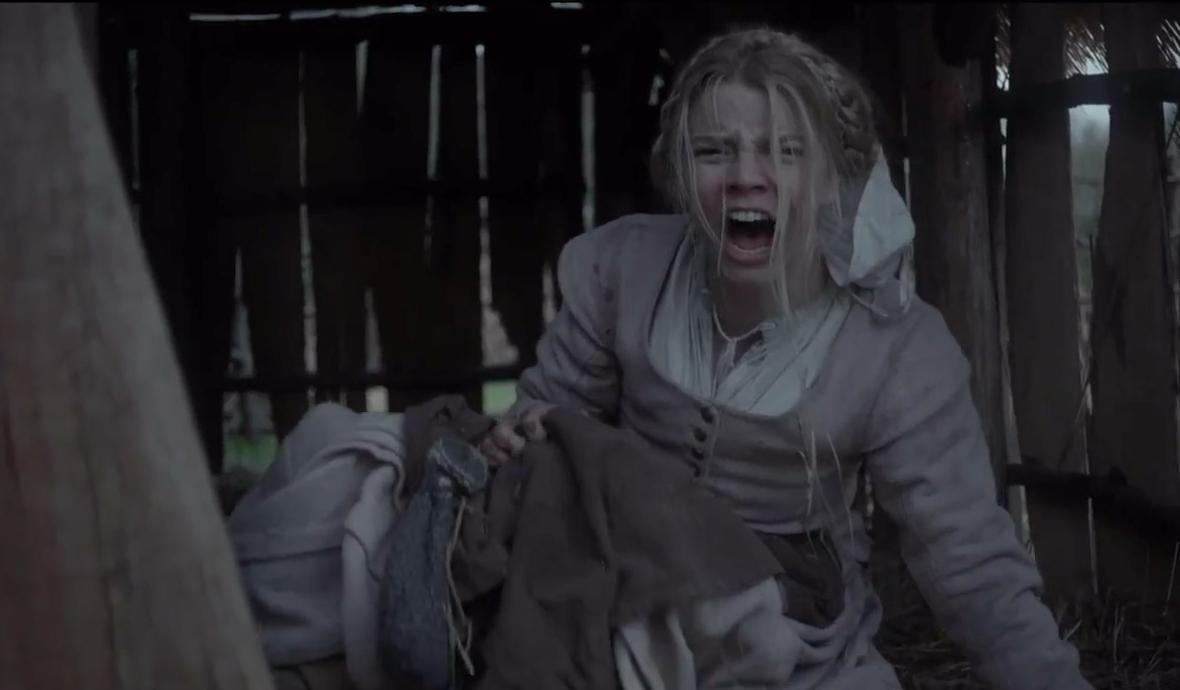 One of the great gifts of cinema is the ability to transfer us to another place and time. The Witch takes us back to the time of the puritans and tells a simple story of a girl accused of being a witch by her family. It doesn’t sound that compelling until you see and hear it with period rich dialogue, natural lighting, and super costuming. The devil is in the details and The Witch makes sure each detail is deliciously immaculate. 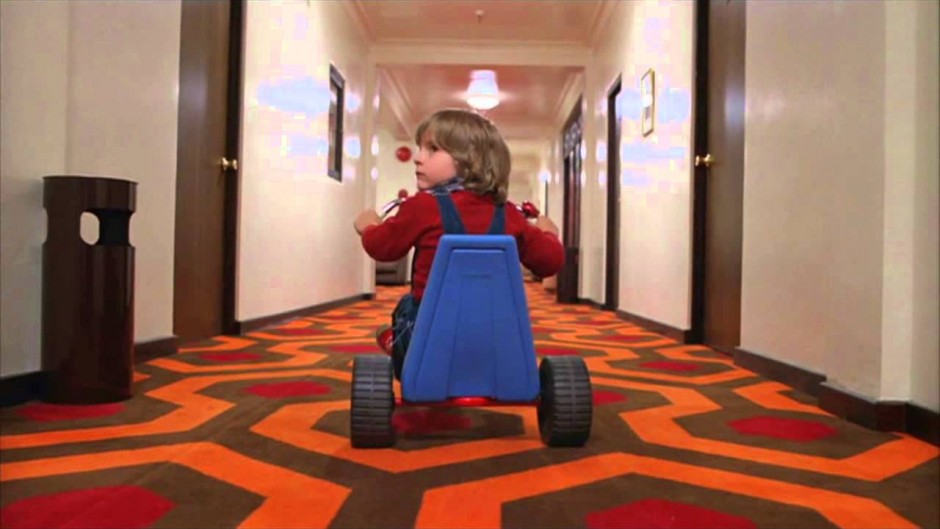 Horror is about the unknown and no image servers better to convey this than darkness. So how do you make an effective horror film where the vast majority of the scenes are shot in fluorescent lighting? You get a master to make your horror film and the result is The Shining. 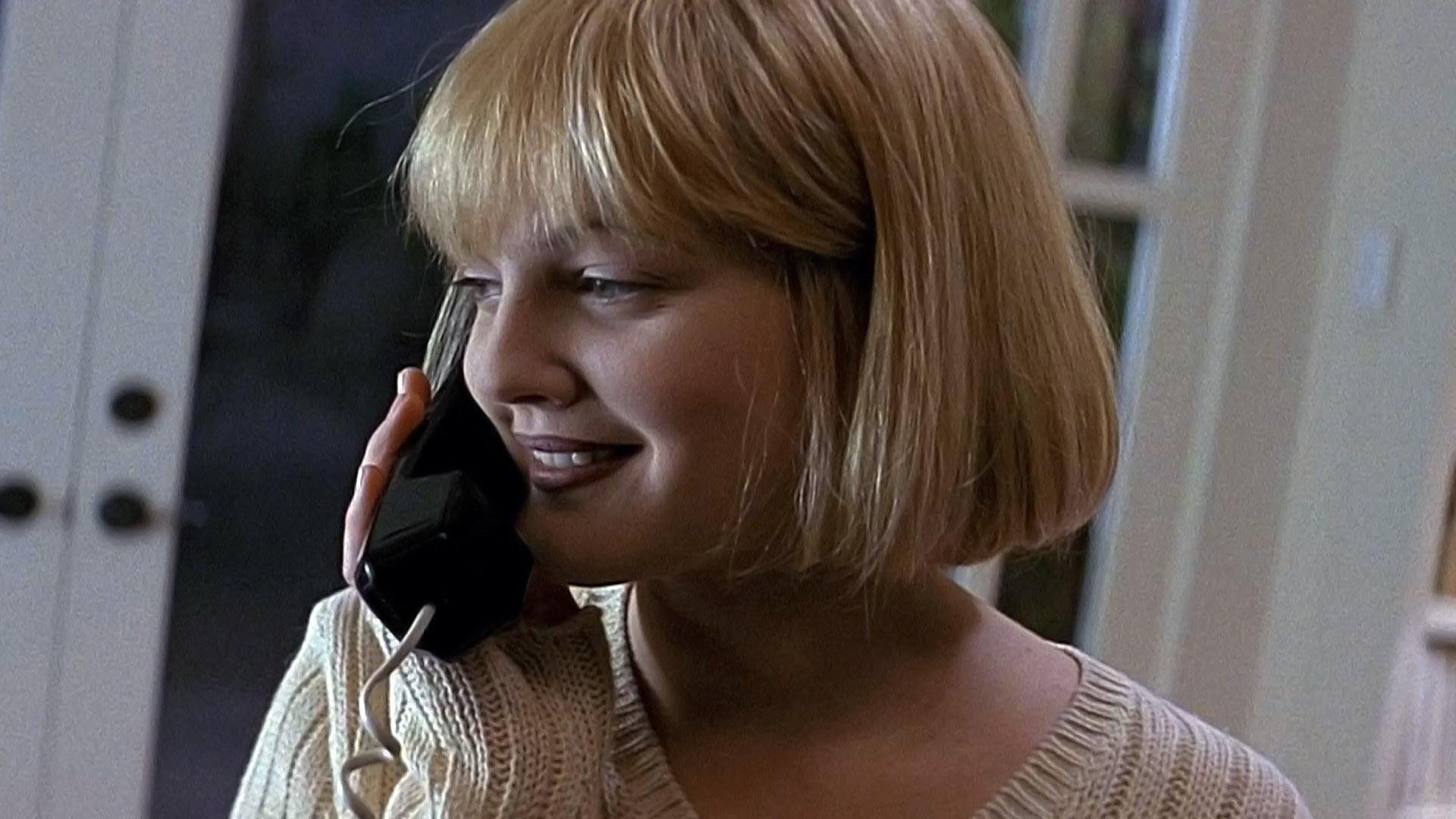 The opening of this film is terrifying, with Wes Craven showing his chops as a horror director before shifting gears into a comedic meta-commentary on a slasher genre that was well beyond its prime. It opened the door for the genre to become more self-aware and smart but no film since has topped it as the king of meta-comedy

6. Phantom of the Paradise 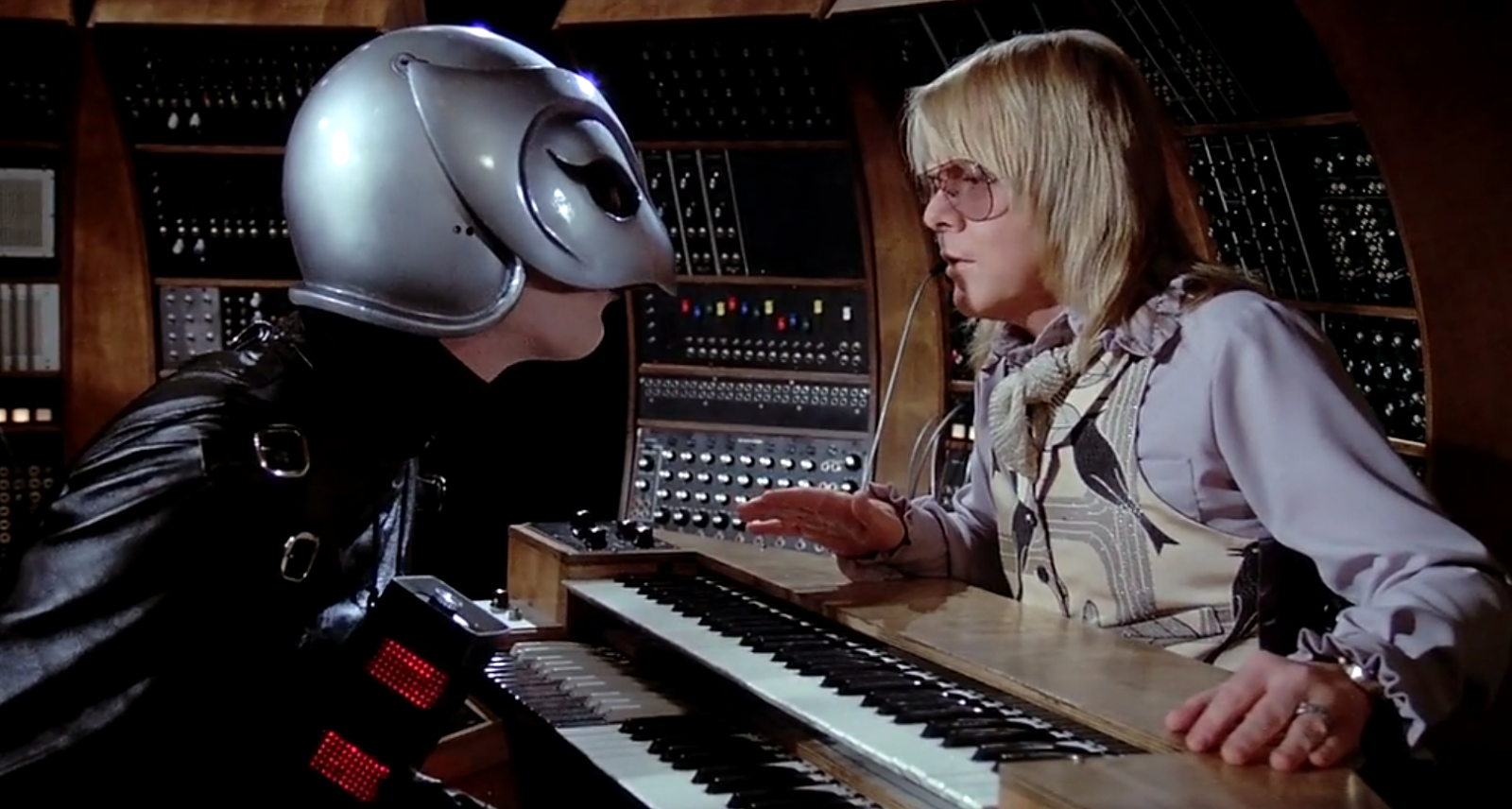 A rock musical adaptation of Phantom of the Opera/Faust directed by Brian De Palma and with music by Paul Williams? Yes, please! While some people might not consider it pure horror, I think it still has enough elements of the abject and monstrous to qualify for my list. 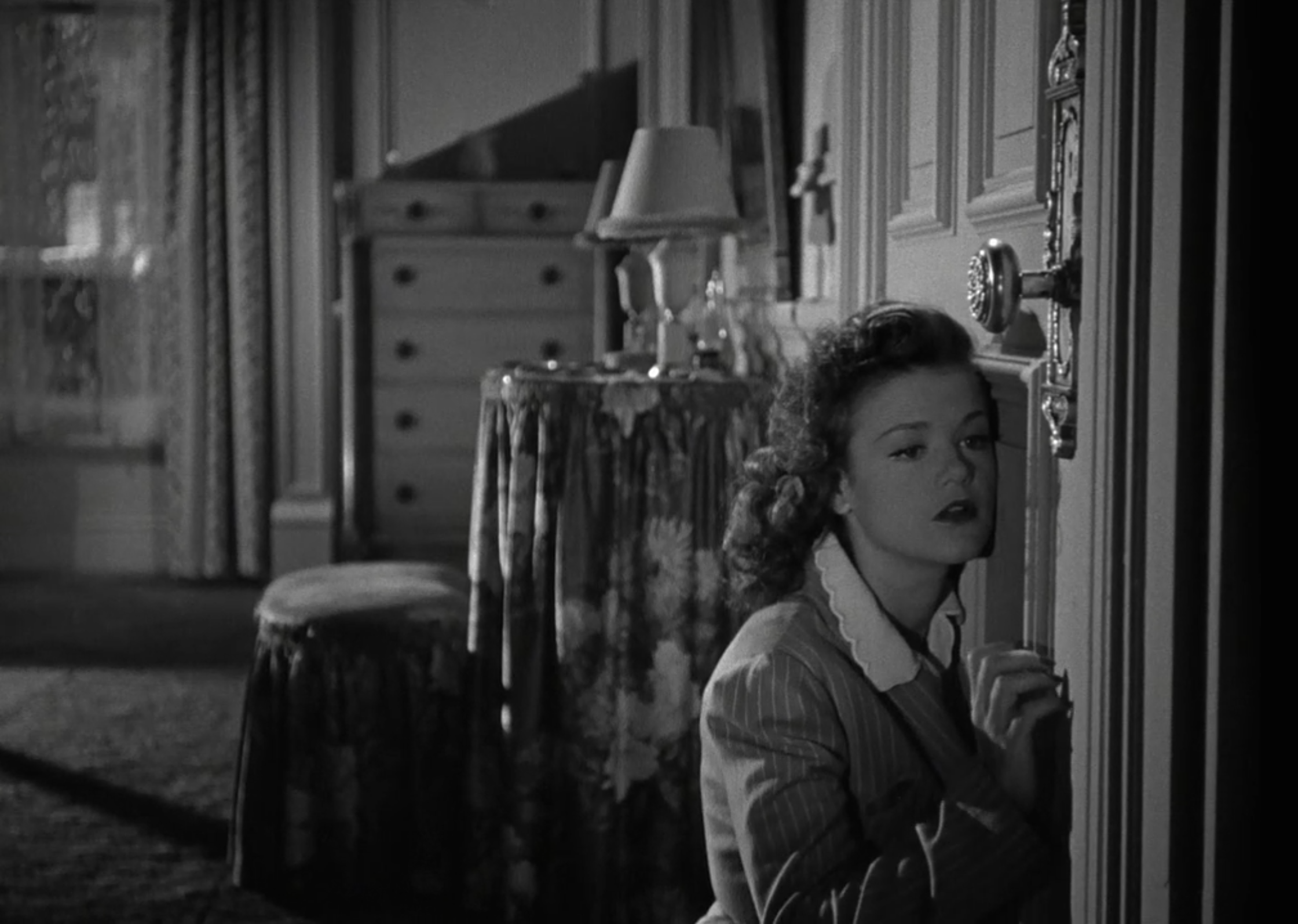 How do you tell a story about a woman who believes if she has sex with her husband she’ll turn into a cat person without it being one of the goofiest and campiest films ever made? I’m not sure I can explain how in a paragraph, but this film pulls off a bizarre premise into one of the most intriguing pieces of horror I’ve ever seen. The anxiety of female sexuality mixed with old forgotten folklore roots it in both ancient and modern sensibilities making it a film that feels both timeless and of its era. 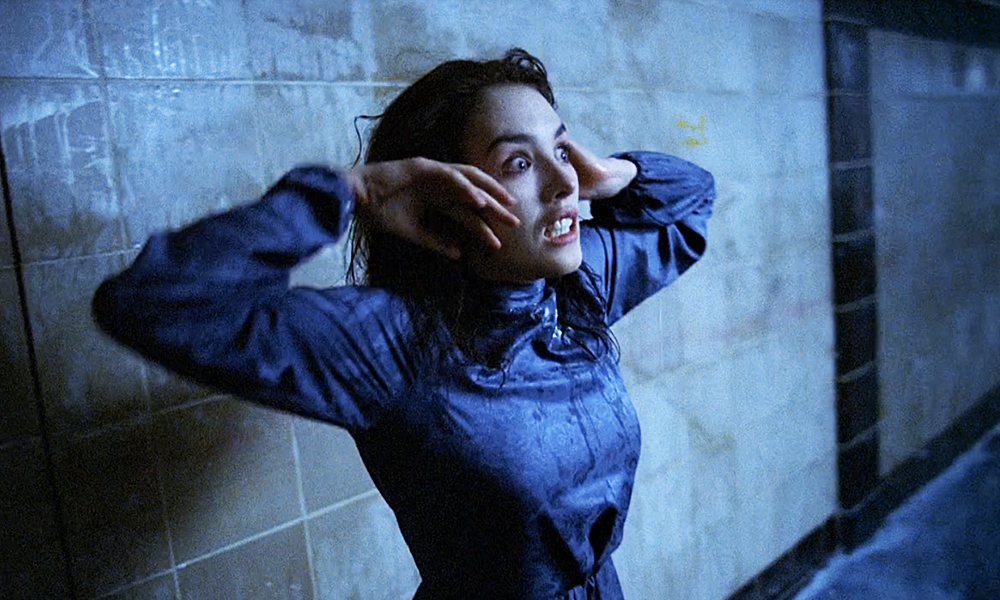 I’m not sure I’ve seen a film as emotionally traumatic and effective as Possession. What ostensibly starts as a film about a couple getting a divorce takes a turn for the horrific the longer it goes on. Sure, the themes are rather obvious and the style might be jarring to some, but there are these gut-wrenching moments of drama mixed with horror that is rarely achieved in the genre. 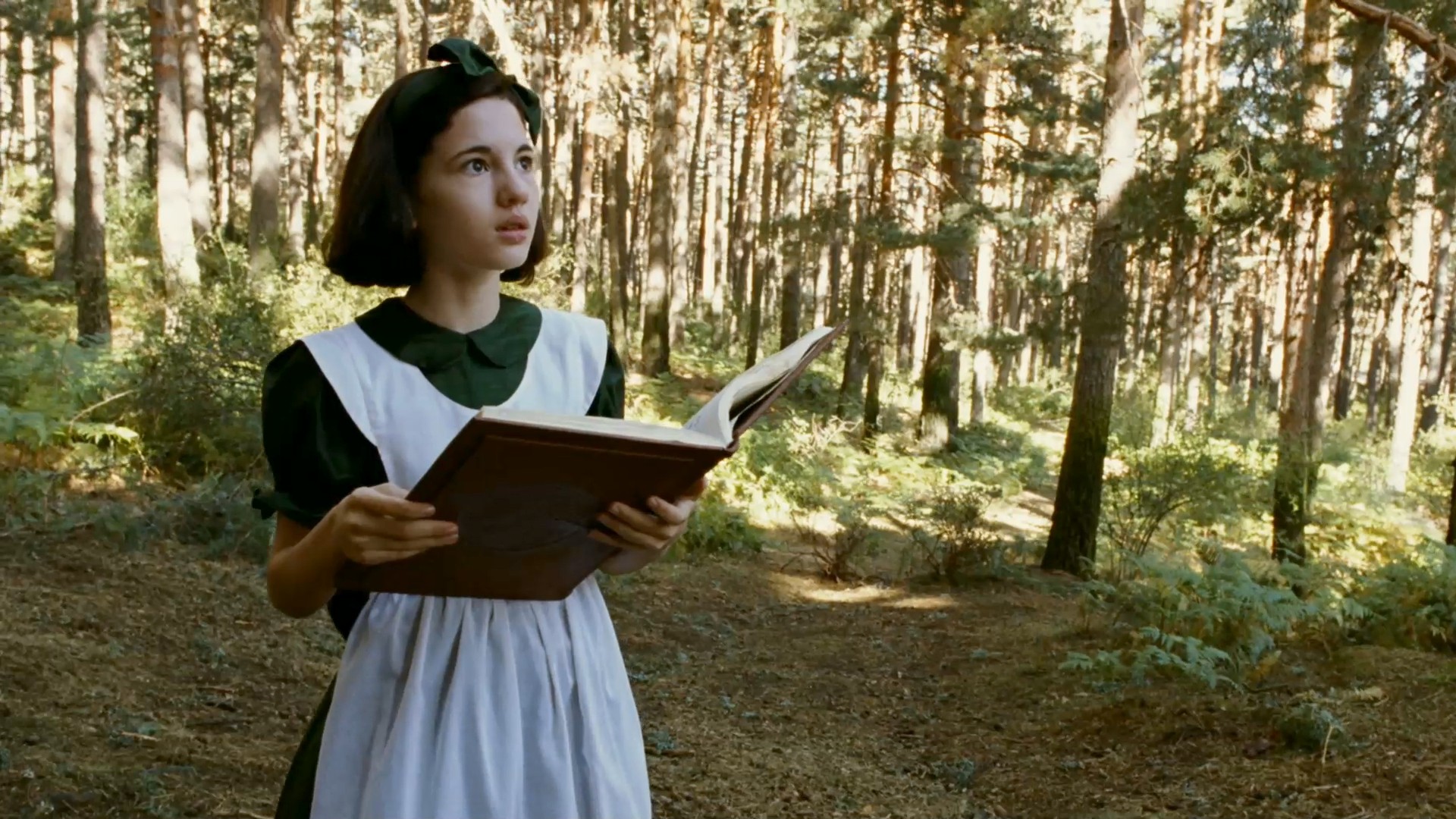 I’m always amazed that more horror films don’t take the fairy tale route. The original fairy tales are some of the most messed up and disturbing stories committed to paper and many of them would make a fantastic horror film. Del Toro could have stopped there and made a good film, but he decided to blend the fairy tale horror with the horrors of a civil war in Spain and the arguably more evil rise of fascism. Del Toro is quick to remind us while we worry about the monster in the closet, it might be the monster in charge of the government’s cabinet that is truly to be feared. 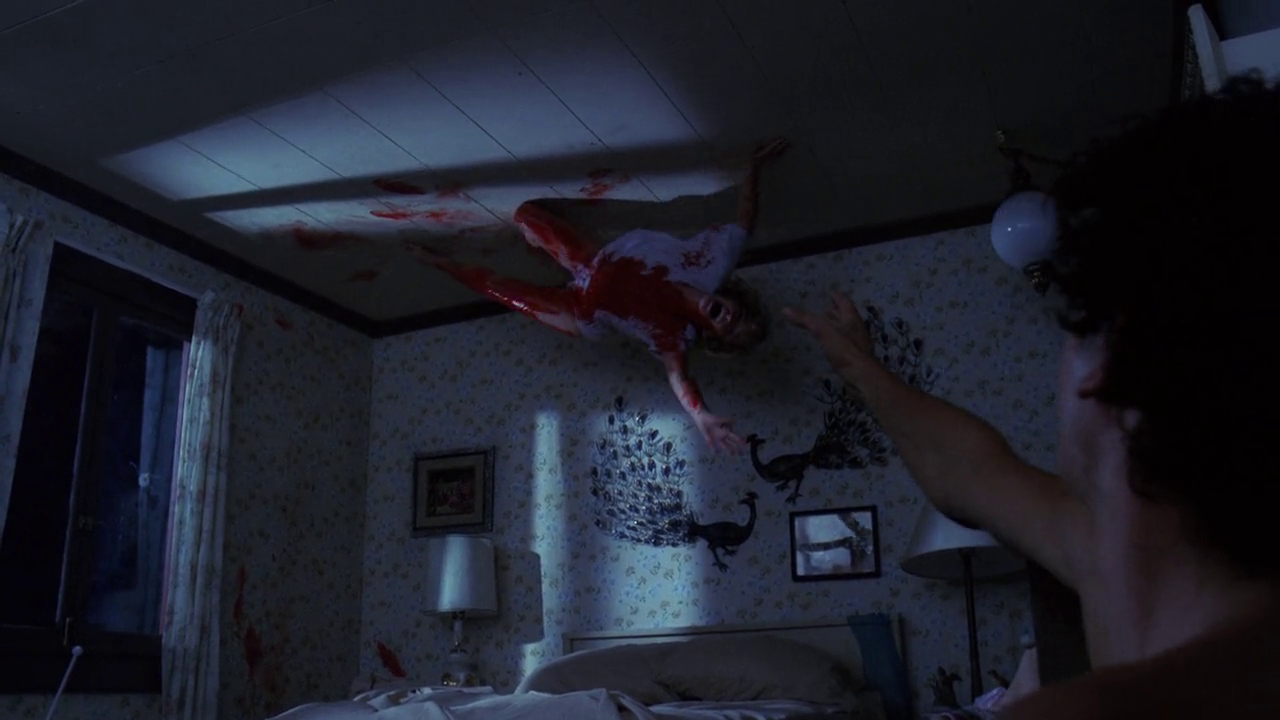 Many people have probably had late, sleepless nights after a frightening scary movie. Movies can terrify with all kinds of ideas that keep us awake, but what if the idea is the most frightening monster of all came for us in our dreams? When we sleep we are at our most helpless and have the least amount of control, it’s these moments in which the iconic Freddy Kruger stalks his prey making it one of the most ingenious and terrifying high concepts in the horror genre.

It shouldn’t be surprising that my favorite horror film is also a sci-fi film. Part of what makes Alien work so effectively is that it is as concerned with both the very knowable evil of a sci-fi future where corporate interest outweighs human life and the unknowable, primordial evil of an alien creature that goes through a bizarre and disturbing life cycle. It’s some of the most evocative, tense, and moody horror moments blended with some great sci-fi ideas.