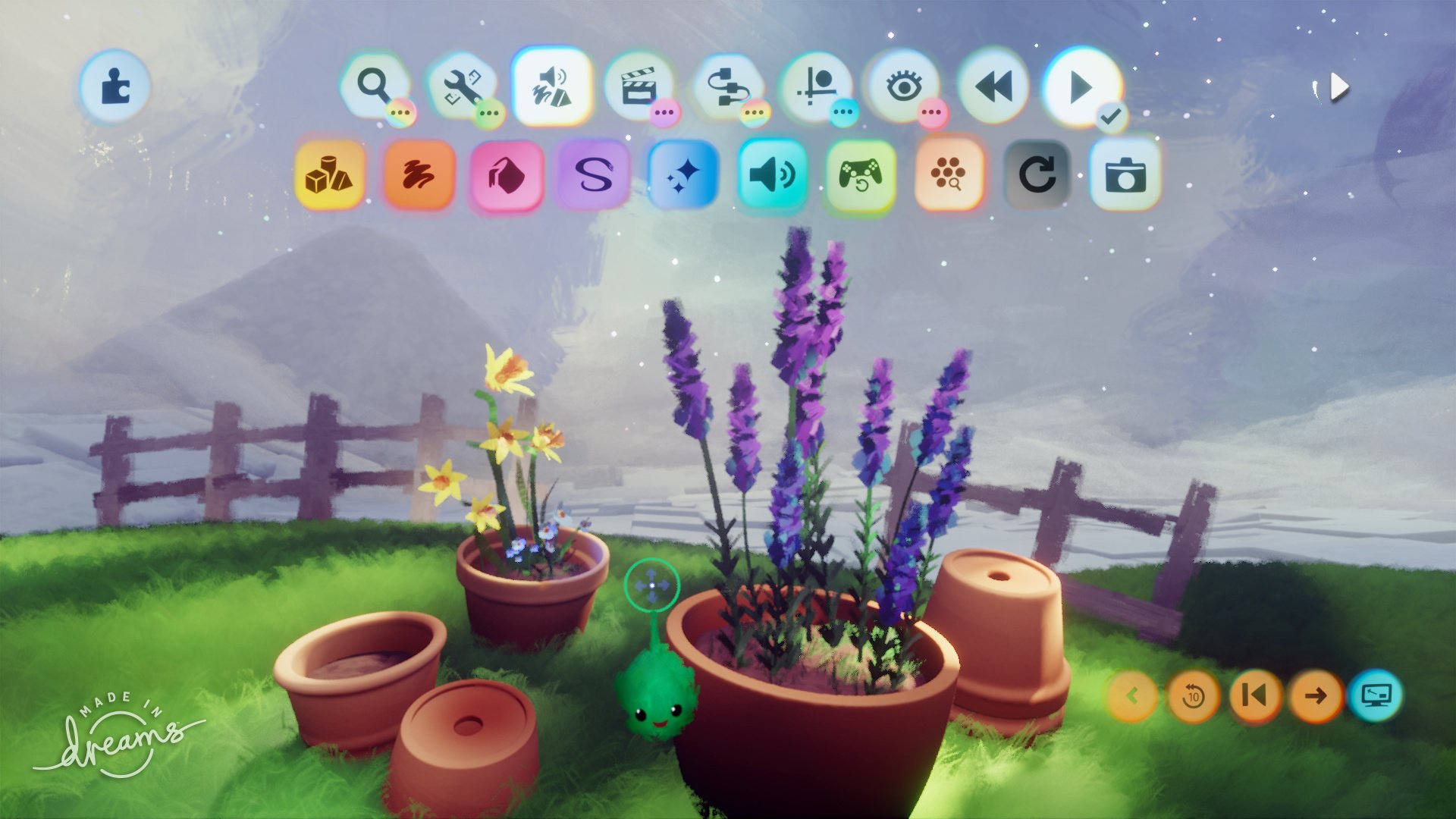 The PS5 launched this month, marking the end of another console generation. As we look forward to what the next leap in technology will mean for video games, I want to take a moment and look back at the best of what the PS4 gave us. It was my console of choice between the two consoles, mostly because of the exclusive games, and today I want to look at those exclusives and talk about what made them great.

First, I’ll say upfront you won’t see any Naughty Dog games. I don’t like their style of games and I didn’t play any of their PS4 releases. If you love their games, more power to you, just know I’ve got limited game time and stuck to stuff I thought I would like.

Second, no Dreams because it came out after I sold my PS4. I thought back in late 2019 that I wouldn’t need to keep my PS4 around because I’d get a PS5 on day one. I was naive to think I’d be able to get a console at launch. It’s a shame because Dreams looks fantastic and could have made this list if I had played it. Every now and again, rumors circulate of a PC port which I’d love to see, but I also will get it if I get a PS5 sometime in 2021.

With that out of the way, let’s jump in: 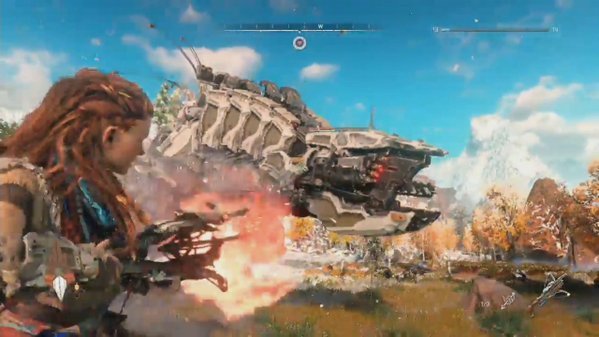 Note: Yes, this eventually released on PC as well, but I played it back when it was a PS4 exclusive so I’m including it here.

Open world games and third-person shooters often don’t do much for me but this game clicked once I got out of the opening area. The unique post-apocalyptic reversion to tribalism mixed with dinosaur robots made me curious about the world but it’s the mechanics that kept me hooked.

That’s because combat in this game is the most interesting I’ve encountered in an open-world game. You’re tasked with taking down these robotic foes and doing it with a set of tools that require you to think about the terrain, targeting weak points, using elemental damage, and using traps that make the best fights as much of a puzzle to solve as a test of reflexes.

It’s a game I enjoyed traversing and exploring so much that it’s the only game I’ve platinumed, collecting every last trophy in the game. It’s a stunning looking game with an interesting setting and world that kept me coming back until I had drained it of every last ounce of gameplay. 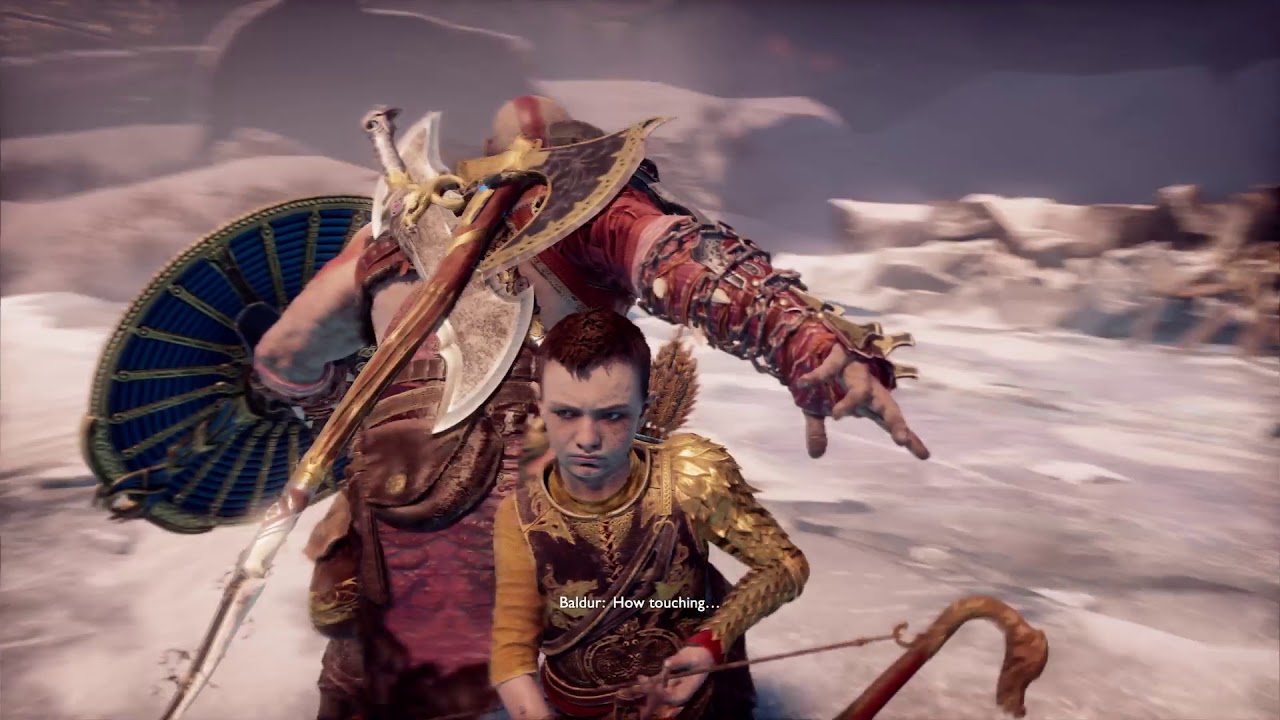 Who knew that a series infamously known for its gore, objectification of women, and extreme machismo would reinvent itself into a grounded, moving father and son tale? When I saw the first trailer, I thought it had to be a joke how straight they were going to play this story. But they did it. They actually did it. It’s a strong and moving tale that captures the emotionally complicated relationship between a father and son.

Perhaps I shouldn’t be too surprised that the story of Kratos, a son of Zeus, involves the kind of mythological tragic arcs that have fascinated us to the point that we still tell stories of these long lost deities. Transplanting Kratos from his Greek roots into Norse mythology and giving him a son injects vigor and life into the series.

All the moments with Kratos and his son Atreus as they go on a personal journey to spread the ashes of Laufey, wife, and mother to the father and son duo, work as well both a coming of age story for the son and a tragic tale of a man who doesn’t know how to be the father to his son.

I’ve spent so much time talking about the story and the setting because it is that engaging, better than a certain series of movies based on an actual Norse god that raked in millions of dollars at the box-office. God of War nails the fundamentals of a strong, deliberate third-person action game that is a good compromise between its arcady combo predecessor and the new generation’s evolution of third-person action games that takes its cues from animation based combat systems. 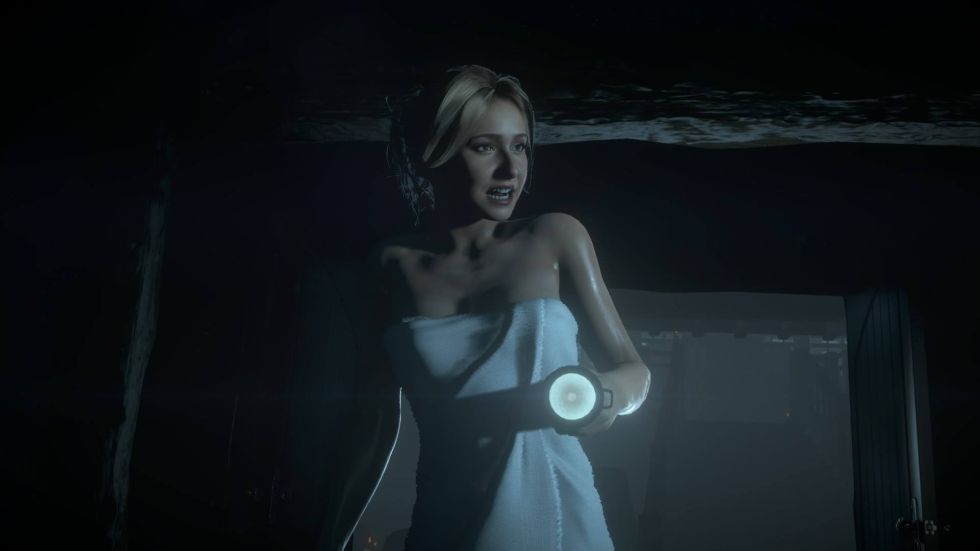 How much you enjoy Until Dawn will depend on your existing knowledge of horror stories and how lenient you are towards having characters die because of bullshit quick time events. The quick time events are a bit much at times, but I took it in stride as part of the feeling that sometimes in horror stories all it takes is one dumb mistake to end up dead.

There’s an interesting mechanic in the game that foreshadows the future to come, which would ruin the tension of a typical linear horror story, but because Until Dawn is a video game with branching narratives based on which characters you are able to save and which ones end up dying, these act more as warning signs that hey, be on your toes because Mike might get axed in the next 30 minutes if you aren’t paying attention.

As an actual game, some may complain it has weaknesses, but I like to remind myself that games are also experiences and when it comes to experiences I had on the PS4, this is one of the absolute best ones. If you’re goal going into this is to make sure every character survives or be good at all the prompts, you will be frustrated, but if you take it as interacting with a compelling horror story, I think you’ll have a great time. 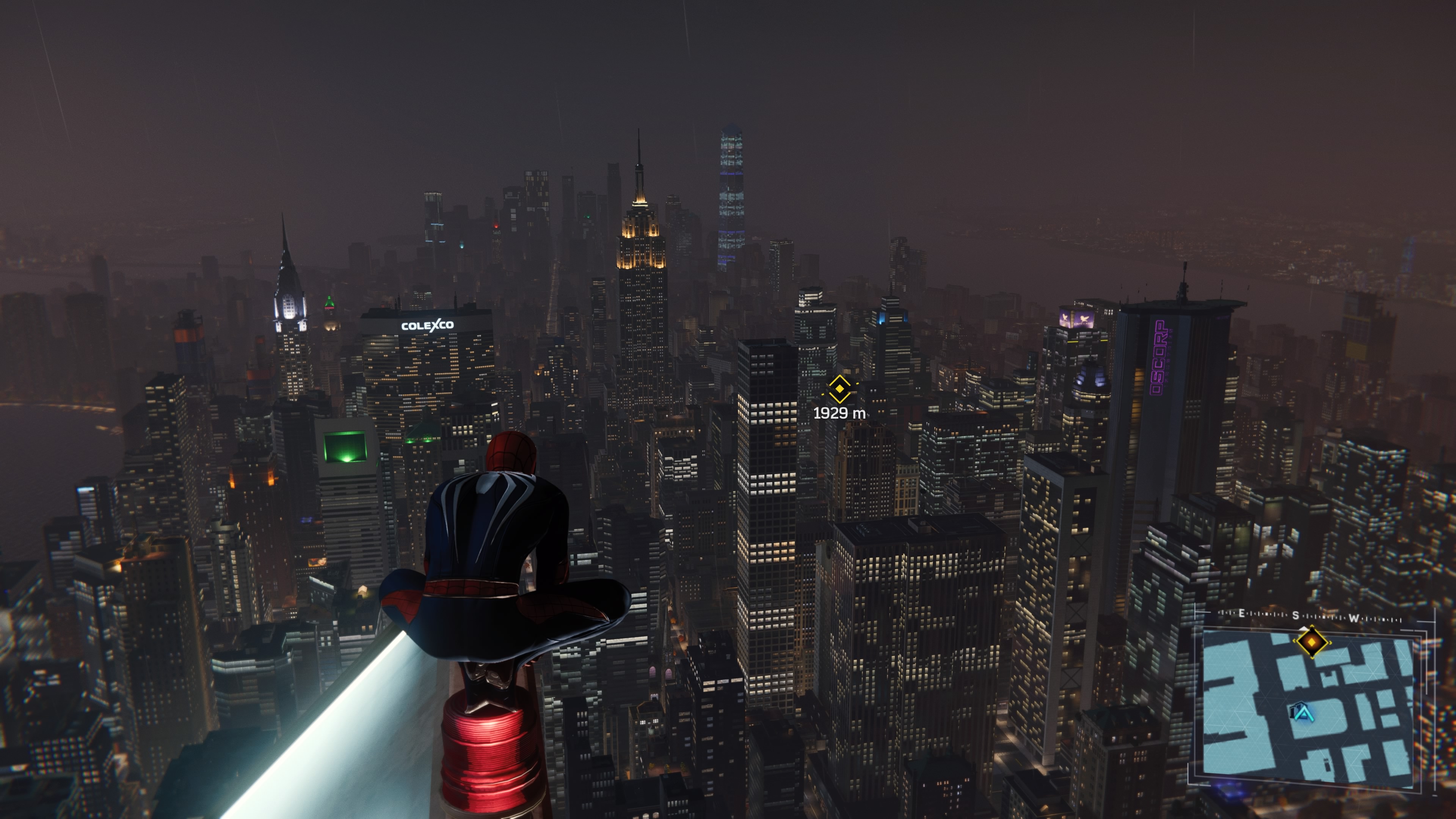 One of my favorite childhood games is Activision’s Spider-Man 2 video game adaptation. I spent countless hours spent swinging around New York City with no real goal. As a kid, I didn’t have the vocabulary to put into words why I found it so compelling. Now I can say it’s a game that I enjoy because it gave you a sense of momentum and mobility that made the act of getting from point A to point B consistently satisfying.

Insomniac nailed that feeling on the PS4 with Marvel’s Spider-Man. Not only that, but they also put it in a Spider-Man story so satisfying that many rightly called it a better Spider-Man stories than the ones Disney are making. Funnily enough, it revisited the story of Doctor Otto Octavius but this time with better performances than the hammed-up nonsense that Spider-Man 2 got from the cast from the films. Video game audio and visual performances are a lot better today than they were in 2004, making for a much more compelling narrative experience.

I love this game because as much as the game is about having that power fantasy of playing Spider-Man, the story beats and narrative are quick to remind you that Peter Parker is one man who can only do so many things and his attempt to do everything means that he’s often unable to change the things about his life that are the biggest obstacles to his happiness. Sure, you can beat Rhino and Vulture without breaking a sweat, but you consistently fail at maintaining your day-to-day responsibilities which eventually takes its toll on you.

That’s what makes this Spider-Man game satisfying because you get to the end and you know what’s coming. You know from the opening hours that this can only end one way. You spend the game trying so hard to do the right thing but it is at the expense of something and when it is time to pay your dues, the game does not pull any punches. 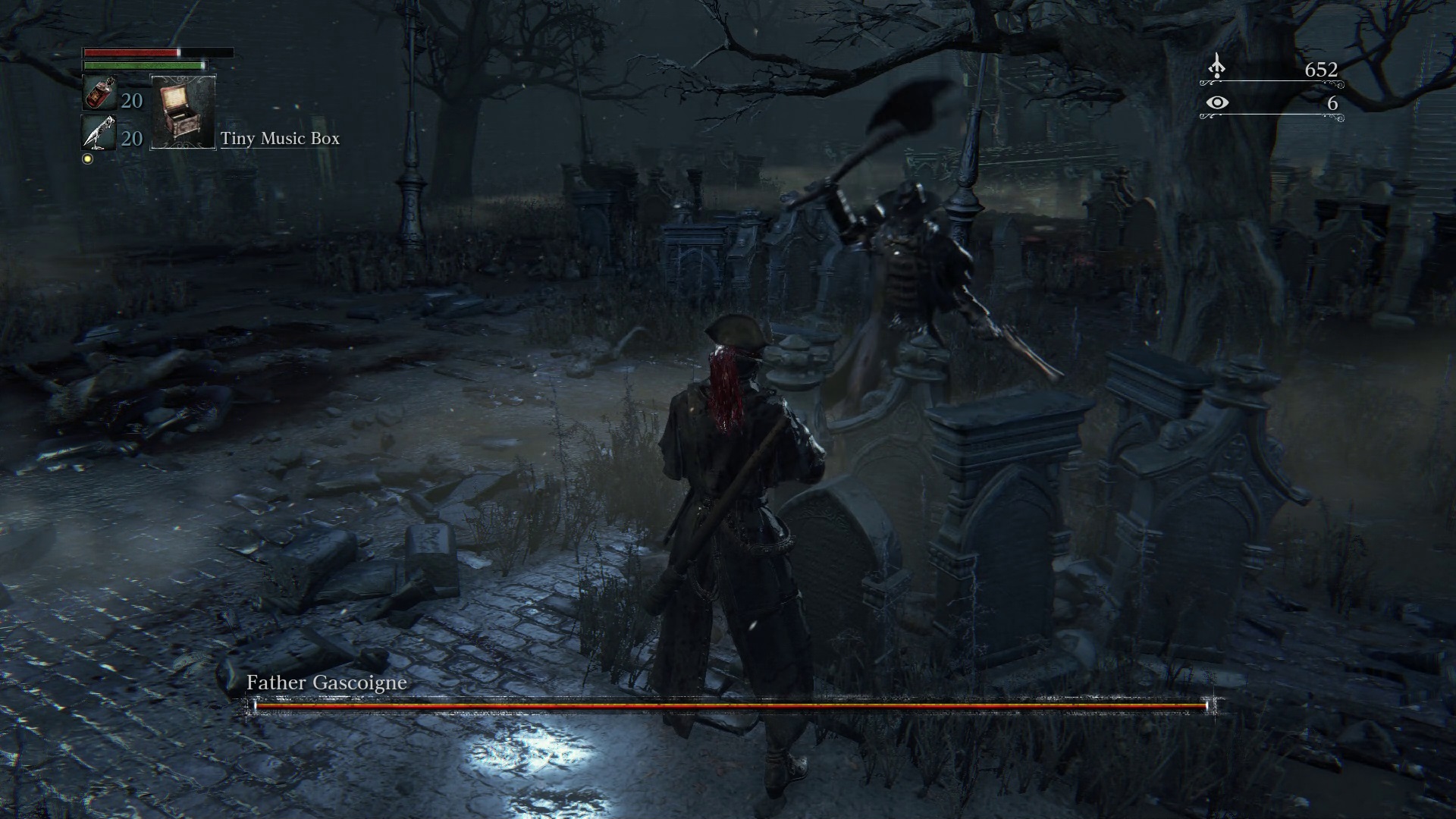 Could it have been any other game? When I bought a PS4, I referred to it as my Bloodborne machine. I bought the console for this game and it did not disappoint. From Software as a studio revitalized gaming for me with Dark Souls, presenting something so many games were lacking at the time by treating me with intelligence and forcing me to play with discipline and control.

Bloodborne continues that design philosophy but mixes things up by making you play aggressively. A health regen system built around you hitting your opponents quickly to recover lost health as well as a sense that enemies are faster and more dangerous means that sitting back and waiting for openings only gives enemies more chances to hit you and usually the person who gets into the most hits wins.

Bloodborne starts off as a moody gothic horror piece and gradually evolves into cosmic horror with delightfully Lovecraftian horrors in the back half of the game. It’s a game that will scare you because that big monster will probably make you lose the precious blood echo currency of the game and because it’s a terrifying-looking creature that you’d rather not fight.

If From Software wanted to, they could have gone the way of the industry and cranked out more Dark Souls games ad-infinitum but the team is committed to taking their design ethos and then mixing up the core mechanics and introducing new intellectual properties to make fresh feeling third-person action games that force people out of their comfort zones. If only more studios aspired to challenge both its players and themselves with such a philosophy we’d be treated to an embarrassment of riches.